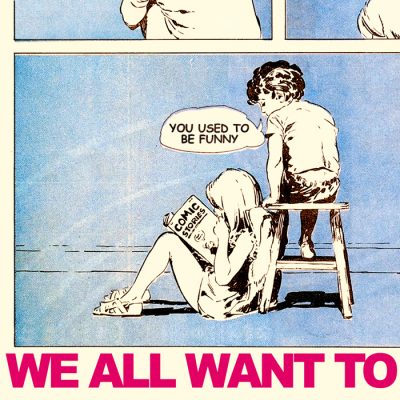 NEW MUSIC – Finally! The album is almost completely mixed, and first single YOU USED TO BE FUNNY will be out late March.

You’ll be able to hear it and watch the video very soon. We all dressed up as office workers and clowned around – I mean acted – for a day, it’s gonna be a good one.

We have a couple of songs left to mix, Firefighter, Secret Agents, and a couple need some work, but we’re pretty much there. Darek Mudge has been the world champion wave master, and everyone should go and record at “The Shed” and make him rich.

The album is slated for a June or July release, and it’s coming out in all formats – yes that means Vinyl!

We’re off on a 4 state tour with label mates HALFWAY in March-April-May. Dates announced shortly.