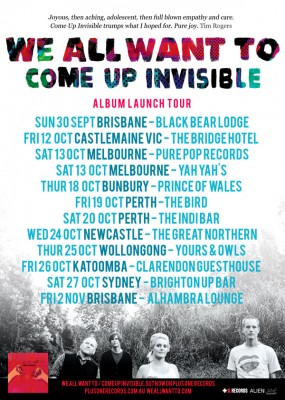 Our tour starts on Friday 12th October. It’s gonna be awesome, with summer starting to come in and all. It’s time to party.